During the height of the Greek and Roman Empires, public speaking was a key skill that anyone who wanted to be successful had to learn. They paid staggering sums in order to be trained in poetry, learning how language works, and how to debate. These ‘Sophists’ gave us many of the rules of rhetoric we know now—rules that make writing and speech more engaging, memorable, and compelling. 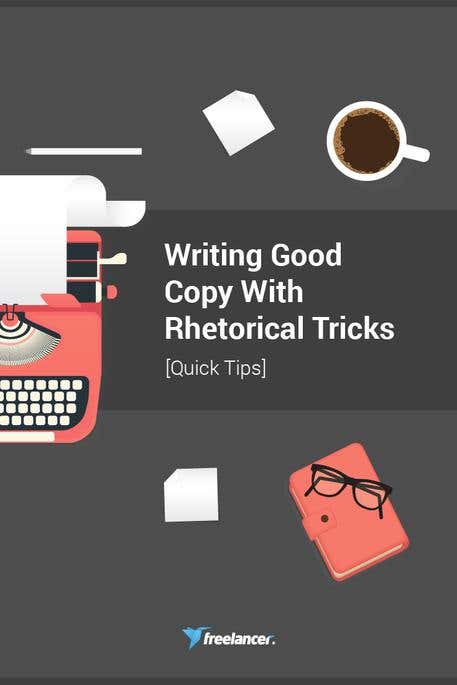 In fact, once you know how to recognize them, you can see them everywhere – from Shakespeare to Goldilocks and the Three Bears. Here are some quick ones to learn and remember when you’re writing copy:

Those last two lines are repeated throughout the speech, but contrasted with the speaker’s own view of Caesar. In the end, we get the impression that Brutus was quite the opposite of honorable.

You probably already use some of these techniques in your work, but once you recognize them, you’ll know how to use them more effectively. Good luck!

We explore four key points of what makes winning content on the internet for retailers.

Getting started as a real estate agent can feel daunting. How do you win your first client when you have zero experience?

Occasionally a fraudulent client or scammer will post a project, causing trouble for freelancers. Find out how you can spot the early warning signs.