Photo-sharing and hosting websites have been around since long before the age of high resolution cameras and mobile phone apps that let you upload clear and crisp photos within minutes. At the height of digital cameras, people transferred images from memory cards to computers. Later, they uploaded the photos to sites like Flickr, Photobucket, and Dropbox, and then shared them with whomever they wished. Since many mobile devices today are capable of snapping great photos and there are tons of apps that let you share them in an instant, photo sharing has evolved by leaps and bounds. 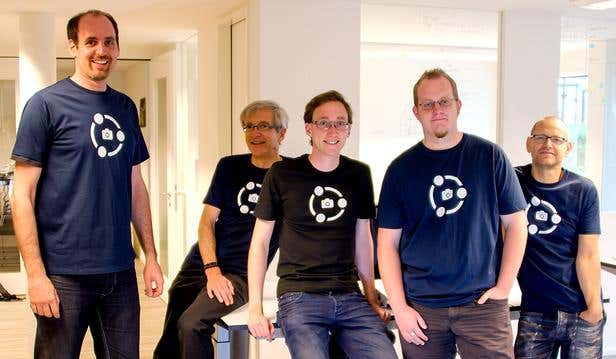 However, the team working at MIT Innovation AG in Zurich, Switzerland realized that current photo-sharing is difficult and cumbersome. One of the team's developers, Andre Meyer said, "If you want to capture all the nice moments during the whole event, you can’t enjoy your own party. The rule of thumb is usually: the bigger and more complex the event, the harder it is to collect all the photos taken. This often also means stress."

Of course, anybody can hire a photographer, but the standard rate is around $100 an hour. Depending on how long some parties last, that's money that could have been spent on food, drinks, and many others. The solution is to make everyone participate. "Let everyone in the party take photos. We've made the process extremely easy, through our recently launched Picturex app," said Andre.

MIT Innovation AG recently released Picturex, which allows users to create a photo album for an event and invite participants to upload and exchange photos. "Everyone can create a shared photo album with just a few clicks. Party guests are invited with a Picturex code. Thus, each guest instantly becomes a party photographer."

Another unique aspect of Picturex is that photos are available in their full quality, and only for selected users. This is necessary to prevent abuse and respect each user's privacy. Additionally and by default, all uploaded photos are deleted from Picturex' servers after 14 days.

The free app is available for iOS, Android, and Windows devices. As a quick way of introducing the app, Andre thought of having a short explainer video that's fun and quirky. Upon pitching his ideas to freelancers on online platforms he signed up on, he found out that most just wanted to reuse an existing template video. "But we wanted a genuine one that could quickly explain the most important features of our service," Andre said.

They chanced upon Freelancer.com and Andre said it was "the best thing that could happen to us." The team absolutely liked the bidding feature where freelancers placed their offers that they evaluated based on experience and references.  The 2D Explainer Video project he posted received 32 bids. "After we got some very promising offers, we decided to stop looking for other options and go with Webville – we never regretted our decision."

The result was a refreshing video that suited their corporate design. Webville also took care of writing the script, the professional voice-over and the sound effects. In total, the project cost Picturex US$627. "It is roughly ten times less than what we got offered by professional agencies here in Switzerland," Andre said, adding that everyone in the team was very happy and satisfied with Webville's work and they are considering hiring him again for other future projects.

MIT Innovation AG is also responsible for TouchMountain, an award-winning Augmented Reality app that lets mountain lovers recognize peaks worldwide. Additionally, they are currently in the development of several other apps and are looking forward to hiring freelancers for help with designs, logos and explainer videos.

The Picturex explainer video can be watched here.

My experience with quotes

11 ways you can use the Quotes feature to get more work and level up your freelancing profile.

Freelance Recruiters: How to Hire the Best