At equestrian show jumping competitions, the fastest rider with the fewest faults wins. Normally the rider’s time is recorded using a regular stop watch, but this simple device poses serious limitations on the timing accuracy and the complexity of handling rider faults. It is also impossible to guarantee an unbiased timing of all competitors because the operator may get distracted or fail to record each competitor’s time precisely. These are according to former equestrian and show jumping competition organizer, Olav Barros Storstrøm, who spent years volunteering at a local riding club in Oslo, Norway.

"All our competitions were timed using ordinary stop watches, even the ones with considerable prize money. It posed serious limitations on the accuracy of the result as there could easily be half a second difference between the time the competitor crosses the line and the operator pushes the stop button," said Olav, who was an active rider and competitor for 10 years.

According to him, all riders trained hard and deserved equal chances of winning, and the only truly unbiased timer is an electronic one. Unfortunately, most local riding clubs have limited means and couldn't afford a real-time electronic timer, which typically retail upwards of €2,500 in Europe. 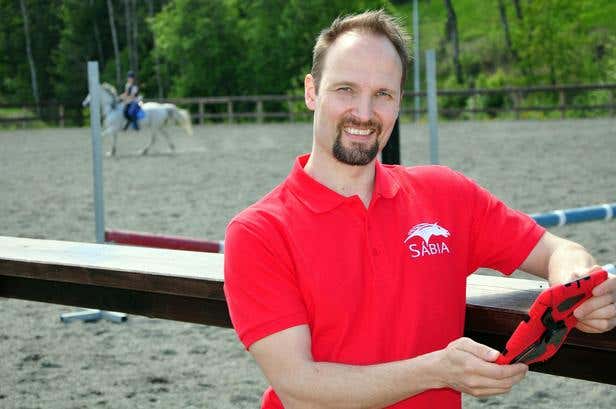 "Apart from the high price, existing electronic timers on the market also have a difficult and somewhat old fashioned user interface. Many are also too generic and able to cater for a whole range of sports and different sensors. But the fact is that riding clubs only want a timer for equestrian competitions, not one that also can time other sports such as skiing or cycling. The competition organizers tend to be riders themselves, not timing specialists. So even if the clubs have the budget to buy a timing system they may choose not to because of the time required to learn how to use one."

Olav, a specialist in real-time instrumentation systems and a rider himself, knew he could create a better solution. He has a Bachelor's degree in Electronics Engineering from the University of Surrey, England where he worked on a sensor-based scale on his final year project. After graduating, he started working for a large independent research institute in Oslo where he developed all kinds of instrumentation systems for over a decade. "Creating the show jumping timer fused my two greatest passions: real-time instrumentations and riding."

After years of testing and prototyping Olav decided to move the user interface onto a tablet, and also redesign the optical circuit boards in order to simplify the optical setup. These tasks required specialists and so he turned to Freelancer.com because of the vast selection of professionals. He supplied the design and user interface prototype to freelancers jcaron2 (app) and alexanderkf (circuit board) and they applied their expertise into the tasks at hand. He paid about €1200 for the app and €350 for the circuit board. Locally, he would have shelled out €6900 minimum.

Jcaron2 was picked because he had an instant connection with the project and asked the best questions. But what tipped it in his direction was his location. Olav needed to hand over some hardware to him in order to integrate the wireless protocol and he could fly over to England very quickly and cheaply. 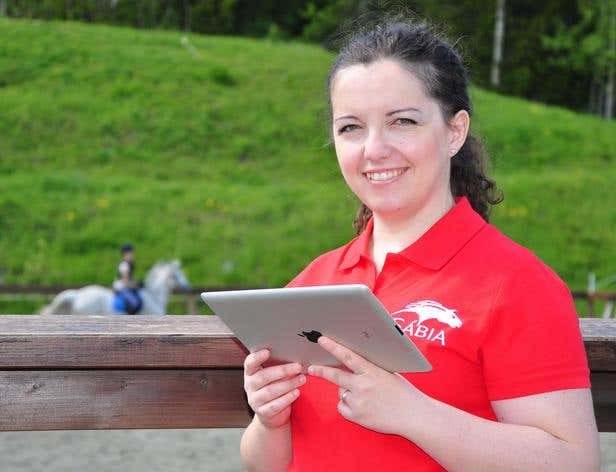 The complete electronic timing system will be named Sábia Tempo, and is set to be launched autumn 2015. It will be very competitively priced, and will come complete with three pairs of automatic optical gates. "All you have to do is put the optical gates where you want the start and finish lines. As soon as a horse breaks an optical beam, they will send back the information to the main timing unit attached to the tablet - the timing is done precisely and automatically." The electronic timer will set a new standard in user friendliness and high performance at a low cost, guaranteeing a fair result at every competition.

The show jumping timer app is free and downloadable on iTunes. It can be used as a manual timing system on its own, or integrate with the electronic timer into a fully automated timing system. Designed for the iPad and iPad Mini, the app catches the complexity of letting the operator record both the rider’s time and faults in real time as they happen.

But why spend the money to develop the app and then give it away? "I have had so much joy from riding and competing, and I think everyone deserves a fair shot at winning. This is my way of giving something for free to all those riding clubs out there that may never be able to afford an electronic timer, but who will appreciate the vastly improved interface compared to the simple stop watch," said Olav, who is expecting the app and the soon-to-be-launched electronic timer to cause a real buzz of excitement in equestrian communities worldwide.

Your website is arguably the most important item in your freelancing toolkit. Optimizing it can lead to more client relationships and conversions.

As a freelancer, you’re in the driver’s seat, but it's not always easy. Here are a few tips to balance your work and free time as a freelancer.

Please note, this competition is dedicated only for Preferred Freelancers