Before we get into the nitty gritty, let's first define typography. Typography is the technique that you can use to arrange language in an organize manner.

These characteristics can be the font type, size, the way the font is spaced, and even the different types of typefaces. Typography is important in any aspect of design because it is the way that you are going to attract attention from your readers. Now, we’re in a world where everything is at our fingertips and the right use of typography in your designs will help attract and keep the interest of your target audience and viewers. This is why it’s so important to stay up to date on your typography terms. And to make your design life a little easier, we’ve created a list of typography terms that’ll help you better understand the design of typefaces, and ultimately how to select the right typeface to make your next design a great one.

Be sure to check out our article on how to choose the right cursive font for your design project by clicking here. 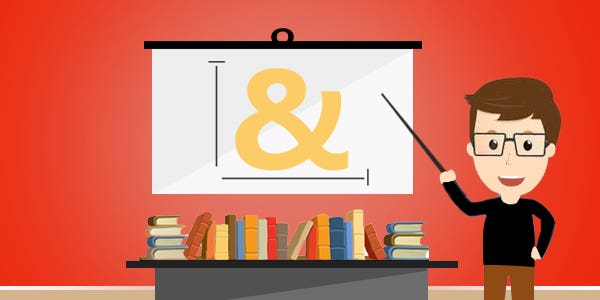 An Ampersand is one of the most well-known typography terms you’ll use. It’s a character symbolizing “and”, helpful when you’re trying to save space. It was created from the saying “and per se and”, which eventually was shortened by English speakers to ampersand. 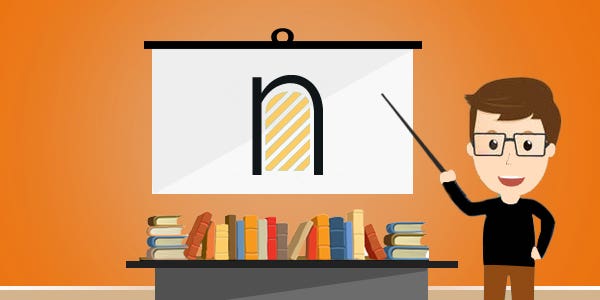 When you are looking at letters, like an “n”, you will see that there is a space underneath the rounded arch called negative space. Aperture refers to this partially enclosed, negative space in letters such as an e, S, or a C. In the same way, an eye is the specific name for the space in a lowercase “e”. 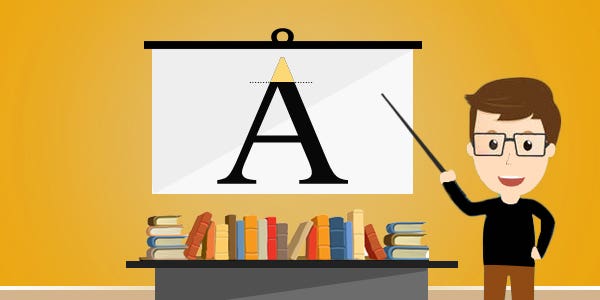 The typographic term Apex refers to the top of a symbol or character where two lines or strokes meet. For example, an “A” has two strokes that form an upside down “V” at the top, and this point forms the Apex. This makes sense when you think about the fact that an Apex is defined as the peak or highest point. 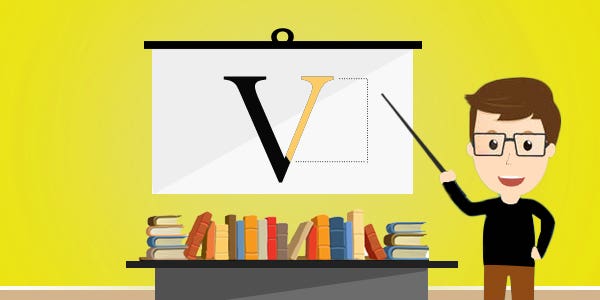 This typographic term refers to a segment of any letter not attached to a vertical bar. Some examples of arms are the side of a "V" or the middle bar of an "E". In both of these examples you have a piece free on one side just like the top of a "T". 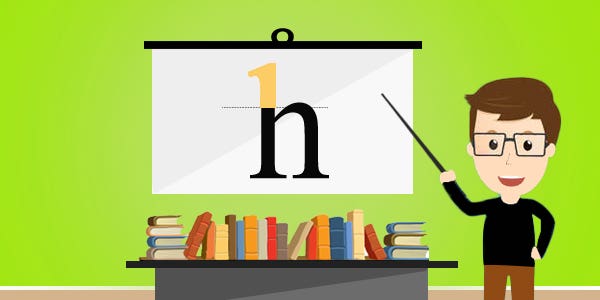 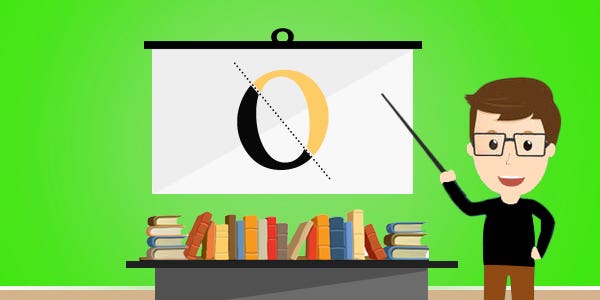 Many of you will be familiar with the term axis, especially since our planet revolves on one, and the same concept is applied to typefaces. An axis as an imaginary line that bisects a character from the lower and upper strokes on the axis. If you want to find the axis you have to look at the thickest part of the stroke, so parallel to the thickest stroke. 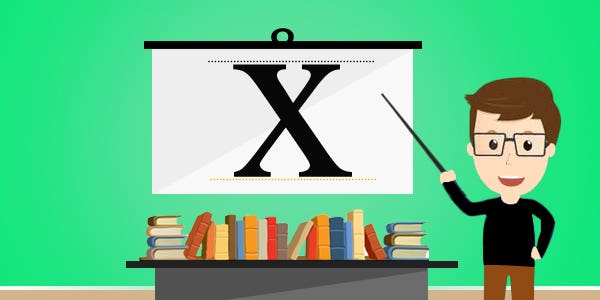 Of the typography terms this is one of the most important, and is one of the most well-known. The baseline is the line on which the symbols sit. This is an imaginary line where you rest your text, and characters like “p” or “g” will go beneath it. There are even some letters that are curved, like “o” and “c”, which will go beneath the baseline as well. 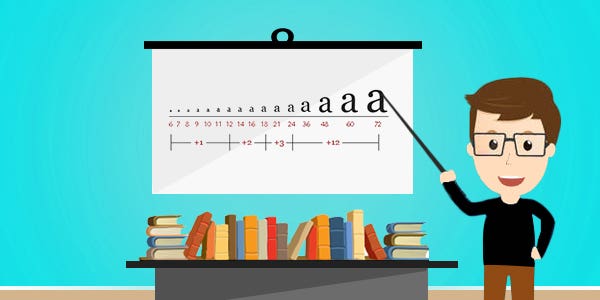 A list of typography terms would be worthless without explaining what a font is in a design. A font is described as a certain type of typeface of a specific text size and style in which it is printed. There are different sizes that you can use, so you would say that you have printed something in Helvetica 12-point font, meaning it is a size 12 and in the font Helvetica. 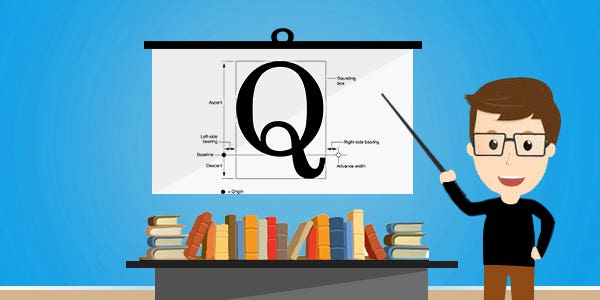 A character can be described by several glyphs, and this is the black and white image of a character. You have some fonts, that due to style, will have a character for “i”, for “f”, and then one for “fi” because of how it is written. The typography definition of a glyph is a symbol that represents a wider grouping of symbols for the purpose of the font. 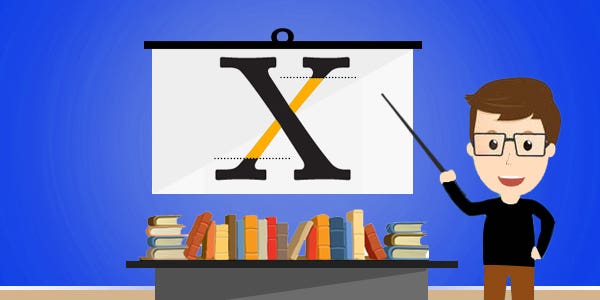 Although there are many typography terms, the hairline is one of the easiest to understand because it represents the thinnest line that a typeface has. One of the best ways to remember this term is to relate it to a hairline fracture, like the thinness of a piece of hair. 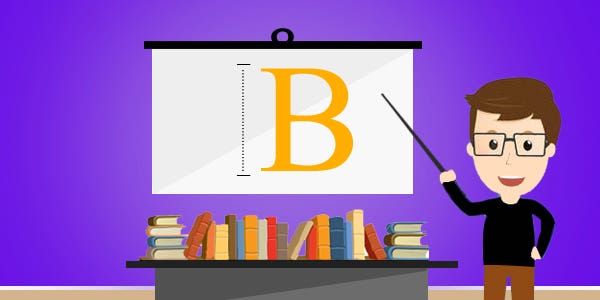 This is a familiar font feature on word, and we utilize it just as much as bold font to emphasize things within our text. The typography definition of Italics is a cursive style font that’s slanted to the right, and are specifically used to make and the text influential. 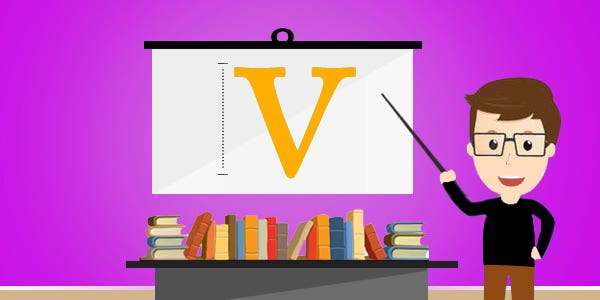 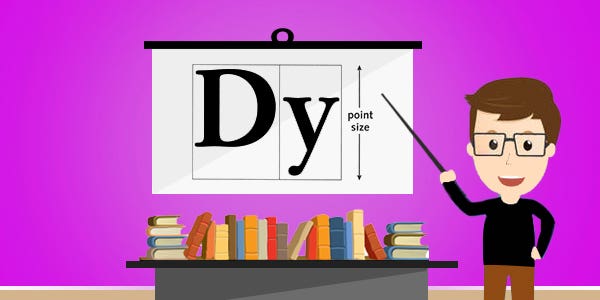 The size of type is according to the scale that 72 points equals an inch. So, if you have a 12-point type, it’s 1/6 of an inch. When you select your point size it is important because it will vary the way you text fits on the page, and you can also use larger text to draw more attention to a certain word or phrase. 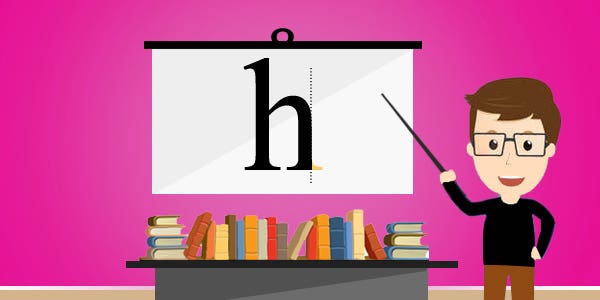 The typographic definition of a serif is a small line added to the stroke of letters. These small lines assist you in being able to read text clearly because they denote individual letters. Serifs existed in Roman times and have evolved since then, probably starting originally as a chiseled stroke. 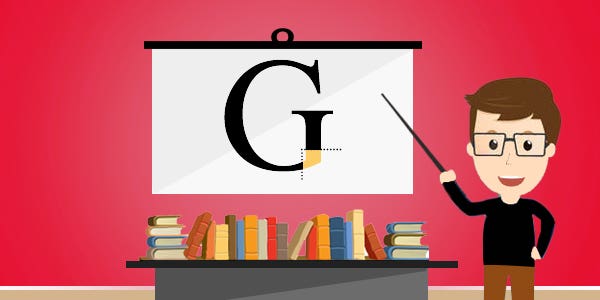 This accent is a special attribute to any character, and the typographic definition of a spur is a piece that extends from a curve in a letter. The best examples of these are the top and bottom of the “C” and “S”. Spurs are smaller than serifs and beaks, which makes this one of the smallest typography terms. 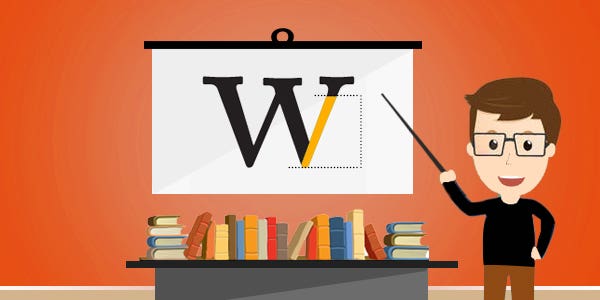 According to typography definition this stroke is a diagonal part of the letter, not to be confused with a “tail”. With a “Q”, the tail is the right piece through the bottom. A stroke is one of the most prevalent characters learned from the beginning of writing the alphabet, because the stroke makes up the largest part of the letter. 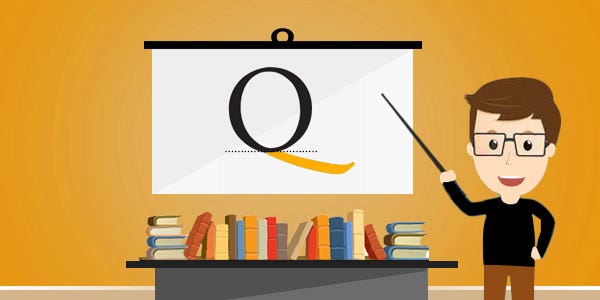 The tail is one of the earliest typography terms you learn, but you’re probably unaware of it. When you learn to write a “Q”, one of the things you pay the most attention to is the tail. There are few letters that have tails, but “Q” and the right downward stroke of the “R” are both examples of tails. 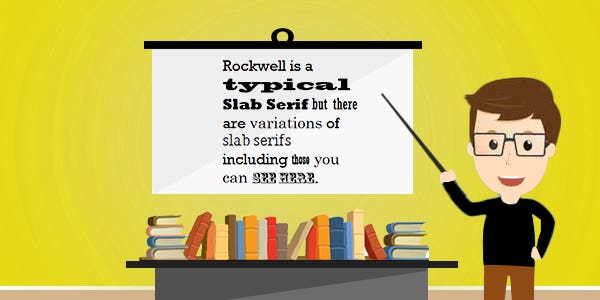 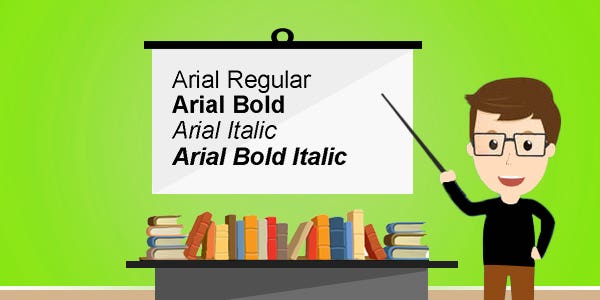 A Type Family, in the typographic world, is a set of fonts like one another. For example, you might use Helvetica, Helvetica Italic, and Helvetica Bold. Although these are all under the same name, they look different from the other styles. 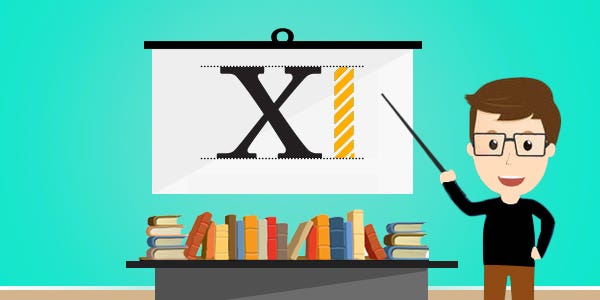 X-height may be one of the most important typography terms, because it defines the height of lowercase letters, but does not include extenders. The baseline is the imaginary line that the letters sit on, and the x-height is relative to the letter x on the baseline. X-height will determine how easy it is to read your content.

Now It’s Your Turn To Create Some Awesome Typography!

Typography is one of the most important aspects of design, and to create better pieces you have to understand the characters that you use. The font, and the way it’s displayed, will be the first thing to attract attention from readers. Utilize the above information to ensure that your designs make the best use of typography, and you will be surprised how much more successful and beautiful your designs are.

If you need a helping hand crafting your own cursive lettering or designing a brilliant logo concept, Freelancer.com houses thousands of the best graphic designers worldwide. Simply post a project, and you'll receive bids within minutes!

Avoid following key mistakes while creating and setting up your new e-commerce website. Make sure that your customers find it easy to use.

Want to build your personal brand? We have compiled a great collection of personal branding examples for you to take inspiration from.

This article is about how to improve the experience of interacting with a product so that customers find value in it.